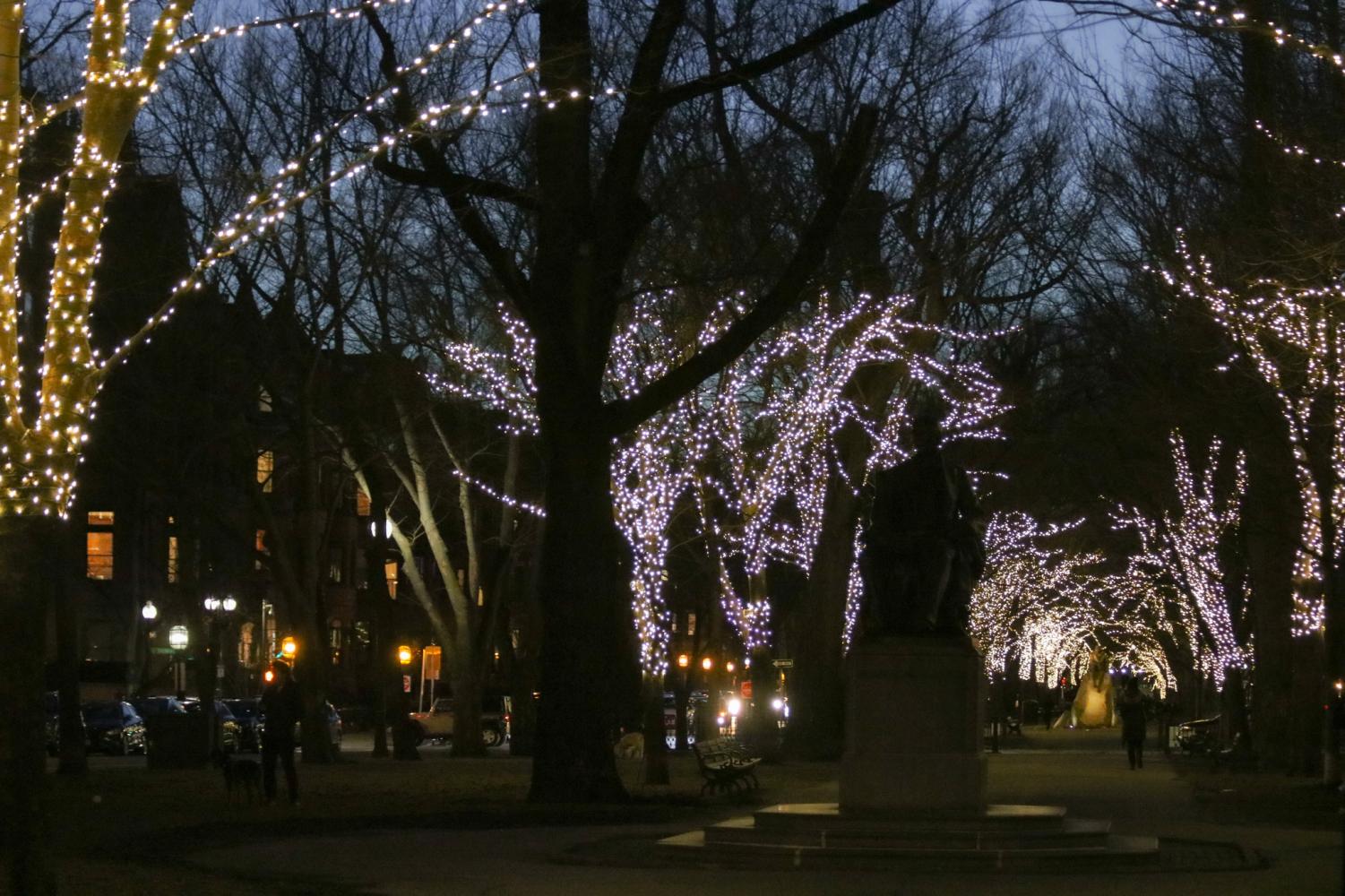 For more than 20 years, the Commonwealth Avenue Mall, or The Mall, has lit up every winter. But the bright lights sparked a mix of public opinions, from charming to controversial.

After arts philanthropist Ted Cutler returned home some 20 years ago from a trip to Paris with his wife, Joan, they were inspired to wrap trees along sidewalks with lights. Matthew Sidman, current chairman of the Committee to Light the Commonwealth Avenue Mall, continues his legacy of keeping the lights on after the deaths of Ted and Joan Cutler in 2017 and 2010 respectively.

Sidman once spoke with Cutler and found that only a handful of people donated to support the annual project about 15 years ago. That’s when Sidman stepped in to keep the mall lit by reaching out to the community.

“Through my reflection, I found out that it had to be more of a community effort, but [Cutler and I weren’t] is going to be here forever… and you have to create organizations and survive people,” Sidman said.

Chair of the Commonwealth Avenue Mall Committee – a joint committee of the Back Bay Neighborhood Association and Friends of the Public Garden – Margaret Pokorny said the committee supports the mall. This includes grass cutting, irrigation system checks, tree planting, and tree disease prevention.

When the lights came on 20 years ago, it caused mixed reactions among Back Bay residents.

“A lot of neighbors who lived along Comm. Avenue didn’t want the lights. They thought it looked too commercial, it was inappropriate, and it would harm the trees. One of the big things was that the trees weren’t damaged by the lights, which turned out not to be a problem,” Pokorny said.

However, the consensus among Boston residents and visitors has changed for the better.

“People love it in the winter because it gets dark so early,” Pokorny said. “That’s when it’s really important to have lights on the mall for public safety, which is great, and also just so people can use the park more. Over the past couple of years all the parks have seen a huge increase in usage so they were really appreciated this winter. »

Lynn Page Flaherty, vice president of advancement and external affairs at Friends of the Public Garden, or the Friends, said her organization runs Boston Common, the Public Garden and the Mall.

“Here at Friends, part of our job is to make sure these parks are welcoming and accessible to everyone,” Flaherty said. “We want people to use the parks, but that also means we have to work really hard to take care of them so they are in the condition the city deserves.”

Pokorny said the cost to maintain the Commonwealth Avenue Mall lights on average is around $130,000 per year. But last year in particular, the cost jumped to nearly $200,000 due to necessary upgrades to the underground infrastructure and electrical conduit system after two decades of wear and tear.

“Now we use LED lights,” Pokorny said. “Every year we have to buy new lights and LEDs are more expensive, which is one of the reasons [the budget has] just went up.

Sidman said consistent donors had supported the mall’s lighting, but that wasn’t enough to keep the lights on for future generations. Originally a group of about 20 donors, it has grown to 300-400 donors each year. Sidman’s annual fundraising campaign begins in late October and runs through New Years.

“It really should be even more than that because if you think about how many people live in the back bay, we should even be doing a better job of involving more people in the community,” Sidman said. “When people realize it’s privately funded, they’re ready to step in because it’s almost their backyard.”

The mall is lit the first week of December, when the Mayor of Boston attends the annual Boston Common Tree Lighting to kick off the holiday season. On the same day, the lights surrounding the public garden also come on.

Electrical contractor John Lentine and his team of certified electricians are the ones who manually assemble the wires and lights. Lentine’s work revolves around the lighting schedule, typically starting the project in early November, Pokorny said.

Pokorny explained that the 600 trees that decorate the shopping center must be pruned in rotation and that this is only possible without the presence of the lights. Therefore, the lights cannot stay on all year round. After a winter full of lights, Lentine turns off the lights on April 15 and removes the infrastructure, while waiting for favorable weather.

“People are shocked when we tell them the lights are cut off and not in use anymore,” Pokorny said. “But there’s really no other way to safely remove them from trees, because in most cases the trees are already in leaf when they cut them down.”

Lentine was involved in supplying the lights, putting them on the trees and taking them down.

“[Lentine] makes the decision in terms of who his suppliers are and how fast he can get [the lights]”, Pokorny said. “LEDs come in all sorts of different light qualities, although I think he’s trying to make them look as much like old lights as possible.”

Flaherty, a New Hampshire native who works for the Friends, grew up watching the Comm. Ave Mall lights twinkle on trees against historic sandstone.

“We used to go down to see the lights with my parents when I was a little girl. I thought it was magic and honestly, I don’t feel any different now when I walk out of the office in the dark,” Flaherty said.

Flaherty’s team at Les Amis is currently wrapping up a $5 million fundraising campaign for light the nine statues on the mall.

“Each statue has been restored and they all follow a regular conservation maintenance schedule,” Flaherty said. “[There is] a memorandum of understanding with the City that makes us accountable. It lets us be the ones to clean it up [and] also invest in capital projects in the three parks.

Future developments to expand the lights westward from Back Bay are underway, albeit complicated. Pokorny said the lights will draw power from the electrical service on the block between Kenmore Street and Charlesgate West, where a new electrical system will be created.

For many who walk through the lights or pass by, it’s a reminder to hold on to hope.

“There’s something powerful about lights in the dark, there’s all kinds of ways it touches people,” Flaherty said.