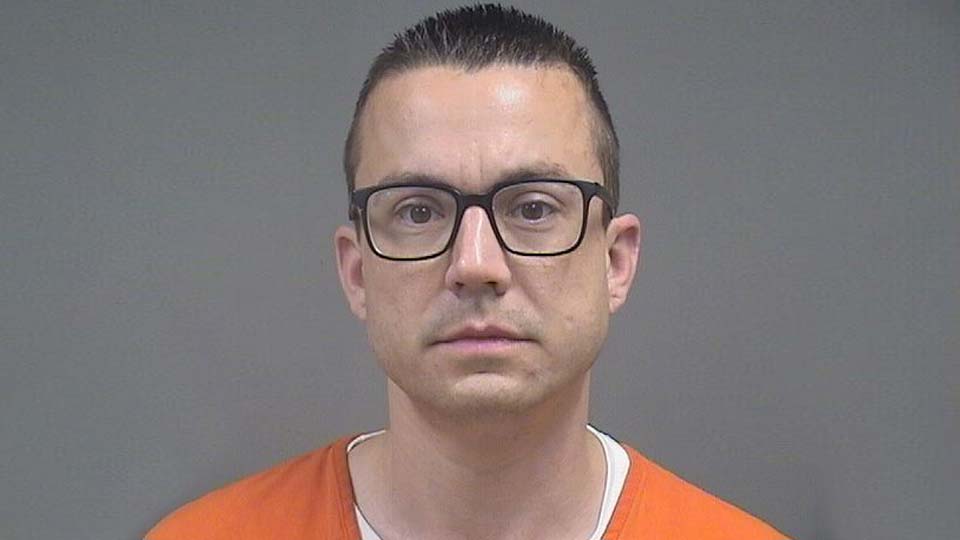 Police were called just before 9:30 a.m. Tuesday at the hotel on South Avenue

BOARDMAN, Ohio (WKBN) – A man was arrested at a Boardman hotel on Tuesday after police said he was cooking drugs there.

Police were called to the hotel on South Avenue just before 9:30 a.m. on suspicion of drug-related activity after the fire alarm went off.

Everyone was evacuated from the hotel.

According to a police report, a man standing outside, later identified as Justin Bowman, told officers he was preparing food on a hotplate and the plastic underneath began to melt, creating smoke. He said he put the plate under water, which also created a lot of steam.

A witness said he saw Bowman, 39, running out of his room just after the fire alarm went off with a black garbage bag.

Police said the hotel room Bowman was in smelled of chemicals, and surveillance footage showed him running from the hotel with a bag he dropped off at a nearby property.

Inside the bag, police say they found chemicals used to make methamphetamine. They determined that an explosion had occurred in Bowman’s hotel room while he was preparing the drugs, according to the report.

Emergency teams remained on site until around 6 p.m.

Bowman has been arrested and faces multiple charges including aggravated arson, illegal assembly or possession of chemicals for the manufacture of drugs, possession of drugs, incitement to panic and tampering evidence.