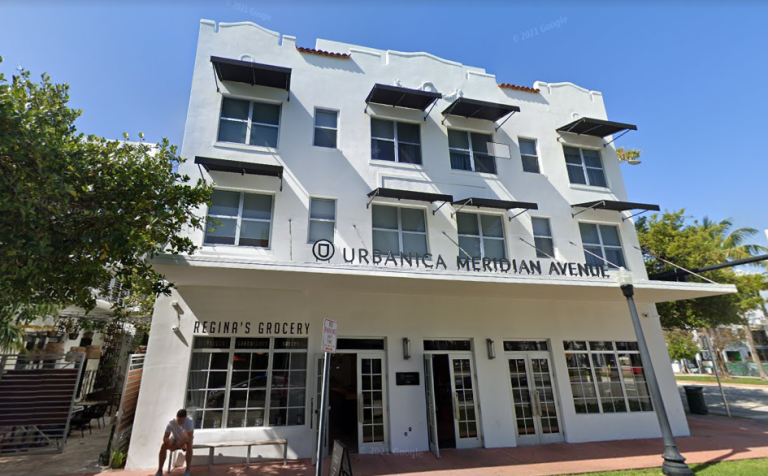 the Meridian Hotel is located off 5th Street at 418 Meridian Avenue. Originally built in 1925, the four-story property has 70 rooms and a swimming pool. One night costs $159, effective April 8.

The Miami-based seller, Urbanica Hotelsbought the 16,110 square foot building for just $5.5 million in 2013. Three years later, he doubled the size of the property, adding 16,749 square feet to the rear, while retaining the facade of ‘origin.

Urbanica, led by Charlie Porchetto and Diego Colmenero, have a slew of hotels, all under the Urbanica name, including one across from the Meridian Avenue location. He is currently developing Urbanica hotels further north on the island in 6747 Collins Avenue and across the bay in Edgewater, Porchetto told Commercial Observer.

The sale is equivalent to $435,714 per unit. The buyer took out an $18.3 million loan from Bradesco BAC Bank of Florida. The buyer is also based in Miami, and led by Pedro Miranda and Daniel Ribendoim Simonwho did not immediately respond to a request for comment.

Along 5th Street, less than a mile from the hotel, eastern capital and GreenOak Real Estate sold an office building for $52.3 million earlier this week.

Julia Echikson can be contacted at [email protected].